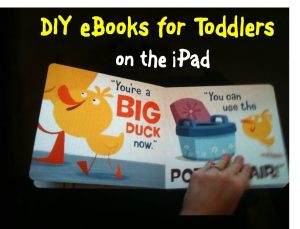 My almost two-year-old loves books. She of course has her favorites that we read more often than others. She’s also recently taken a liking to my iPad and phone to the point she screams bloody murder when I try and take them away. She’s not playing on any of the apps I have loaded, instead, she’s looking at the pictures and videos I’ve taken of her and our family.

Toddlers LOVE to watch video of themselves, especially when they can see themselves laughing in the videos and having fun. I’ve made it a point to capture more of these moments on video as of late and then started thinking about what a powerful device an iPad really is. Not only did I decide I was just going to capture “moments” but I’ve started making them into teaching moments.

The other night I made a video of the kids eating their dinner and we counted to ten. The next night we did the same thing and sang the ABC song. My toddler was CAPTIVATED!!

So then I REALLY started thinking. . .why don’t I make a recording of me reading some of her favorite books on the iPad? And that’s what I did. It’s by no means a professional video, and because of that, I’m not sharing the actual video, but I wanted to share the idea. It’s so simple of an idea but maybe not one that many moms have thought about. 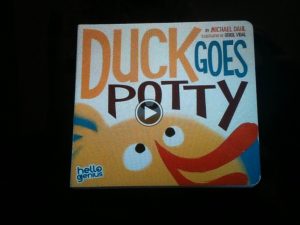 There’s no need to buy or download eBooks. You can make them yourself. Trust me, your toddler won’t care where you got it as long as he/she can see the pictures and hear the story. What makes this even better is the fact that they can hear YOUR voice on the audio, just like at night when you’re reading it to them. What a great idea to record a few before sending them off to Grandma and Grandpa’s. And what about trying to keep them entertained during that long car trip that’s coming up? They’ll be having fun and learning all of the way! If you try it, let me know if it was a hit with your kids too!