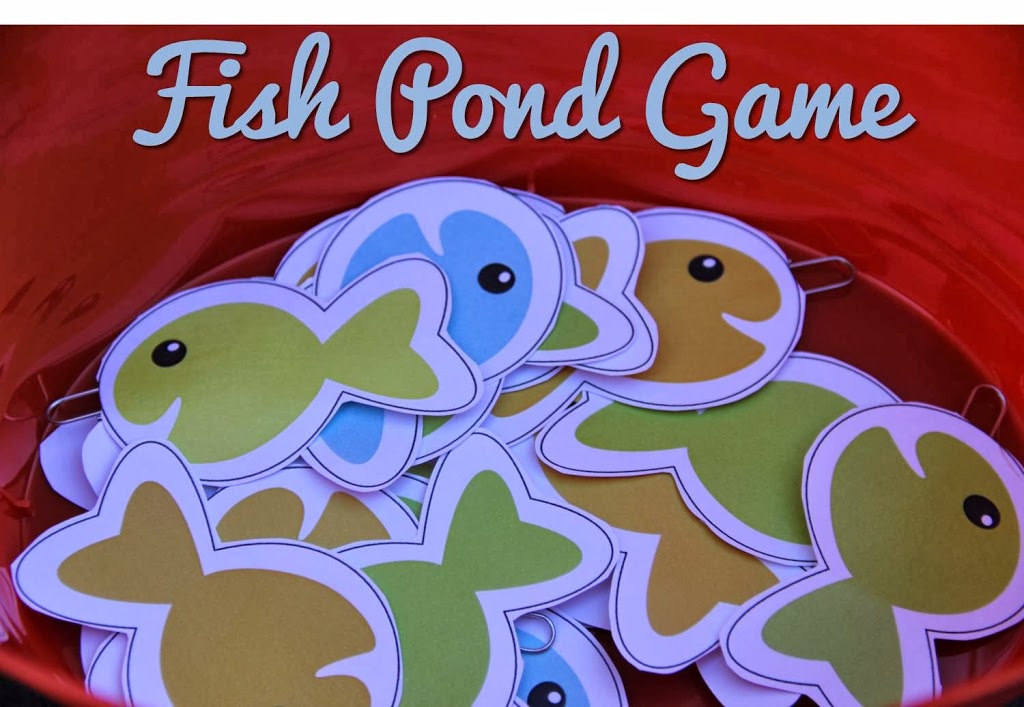 This week is certainly a busy week. My boss is in town this week and our team is going through budget planning for next year. That means lots of meetings, long hours and draft after draft of budget plans. On top of that I celebrated my birthday this week, the kids’ birthday party is this weekend and I’m down to about two more days to get ready. Thankfully, I have Friday off so I can wrap up the final details. The kids’ birthday party this year is carnival-themed and I’ve finished up one more game we’ll be having at the party.
I found these adorable, FREE fish cut-outs from Tricia-Rennea. They are meant to be used for a mobile, but I thought they would be great for my fish pond game at the carnival party.
2014 UPDATE: Unfortunately the free fish cut-outs from Tricia-Rennea are no longer available due to the closure of her blog site. You can still put this game together easily by creating your own fish or finding some clip art that is similar to the photos I’ve included below.
Here’s what you’ll need to make your own fish pond:
I used cardstock and printed out a few sheets of the fish PDF she had on her site and cut them out. 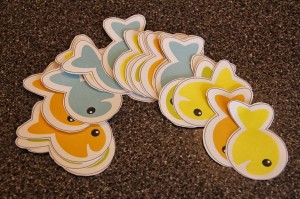 Then, I taped a paper clip onto the back of each fish. 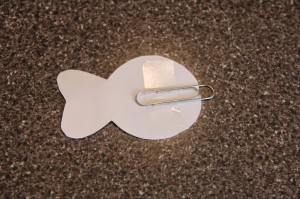 Make sure that a good portion of the top of the loop of the paper clip is
sticking out in front of the fish. 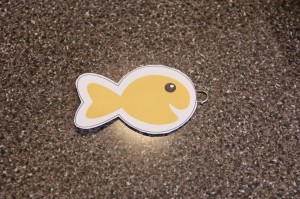 Now, it’s time to start putting the fishing poles together. Grab one of the wooden dowels and string. Tie a piece of the string around the top of the dowel. 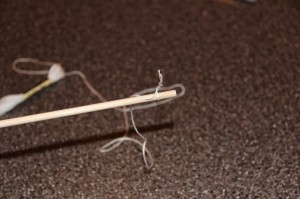 Get your glue gun and run a strip of glue over the knot you tied and down the top of the dowel. Now, start wrapping the string around the end of the dowel. 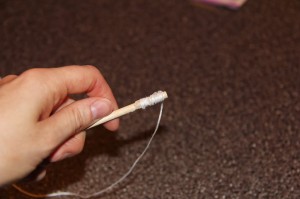 Decide on how long you want your “fishing line” and cut the string. Take one or two of the magnets (I used two magnets back to back), place a line of glue across the magnets and start wrapping the string around the magnet, securing well with the glue gun. 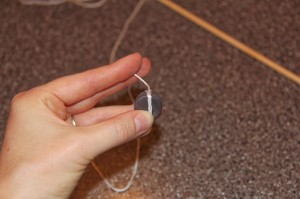 Throw all of the fish into a container. 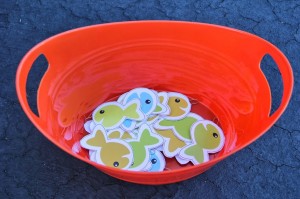 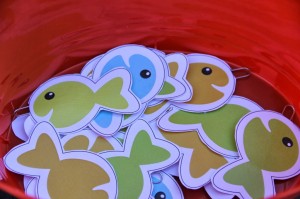 Now go and get your fishermen to test it out. Here’s my two-year-old with her first big catch. 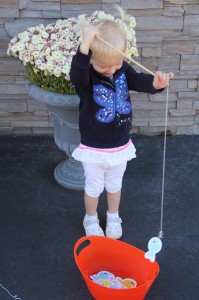 It became a challenge to see how many fish she could snag at once. Her record was three. 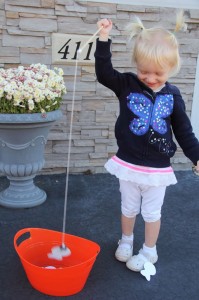 Along came her brother wanting in on the fun. They played nicely for about 10 minutes before they were off on a leaf and pinecone hunt. 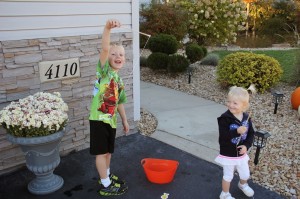 For the party this weekend I plan to put numbers on the backs of the fish from 1-5. Each child will be allowed to catch 4-5 fish per turn. We’ll add up the fish and that’s the number of tickets they’ll win to be able to cash in at the prize table.

If you have other ideas on how these adorable fish cut-outs could be used, I’d love to hear them! Now, GO FISH!

Bacon 🥓 makes everything better! And using an a

Colorful, moist, and so delicious! ❤️💙 This

Hello sweetness! 👋 Check out this sweet and cre

Get the ingredients now! Because you NEED this am

Everyone loves a good pasta salad! ❤️ This sim

The perfect appetizer for your next party! 🎉 A

Everyone will love this thick and comforting soup