Ham and Cheese Sliders – Hawaiian rolls filled with ham, cheese, onions and a delicious mustard sauce, then brushed with butter. A great appetizer to feed a crowd! 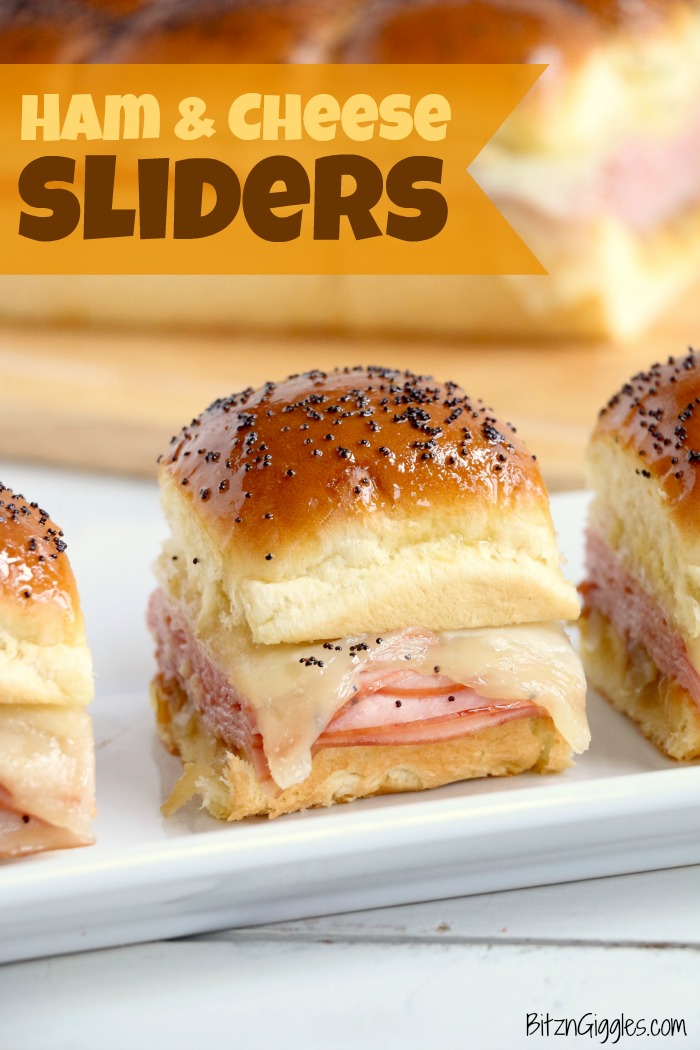 Updated: New photos have been created for this recipe.

I hope you all had a wonderful Easter weekend. We had an awesome weekend filled with lots of family time and good food. I have several leftover containers in the fridge I brought home from my parents house and we’re still making our way through the potatoes and ham.

I thought it would be an appropriate time to update my recipe for Ham & Cheese Sliders. The recipe calls for deli ham, but you could also prepare these little sandwiches with thinly sliced leftover Easter ham. Not a problem.

These sliders are great to serve as an appetizer, snack or lunch! They qualify as a tasty party food, but even if it’s just you and the family at home on a Sunday afternoon, do NOT hesitate to make these yummy sandwiches!

How to Make Ham & Cheese Sliders

Start by slicing the Hawaiian rolls right down the middle, keeping the individual rolls intact. 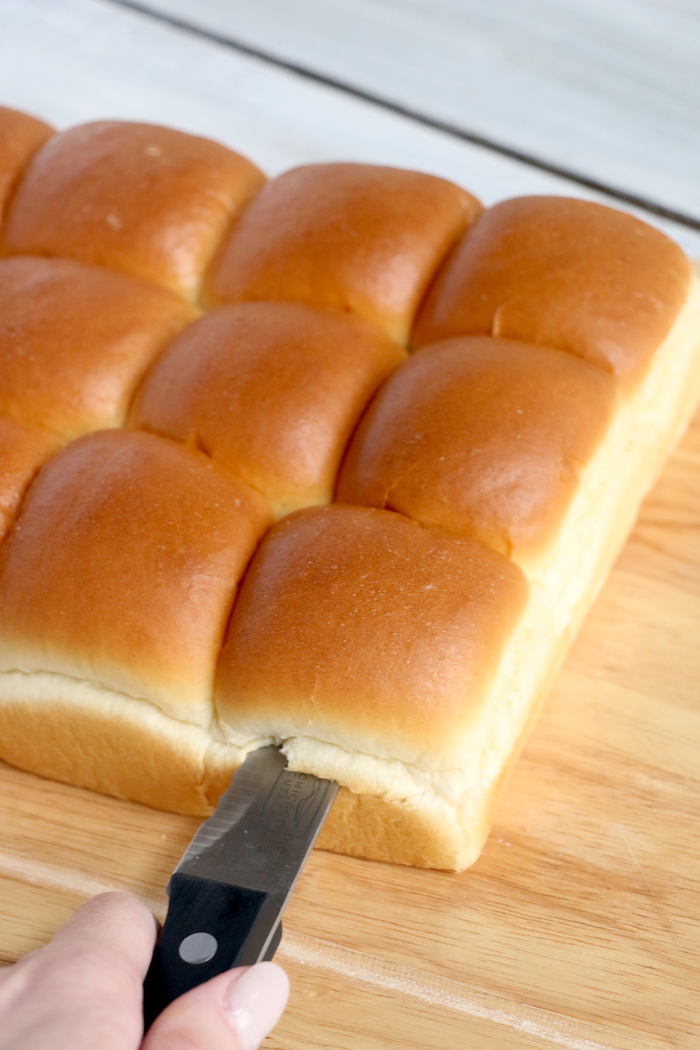 Set the top of the rolls aside. 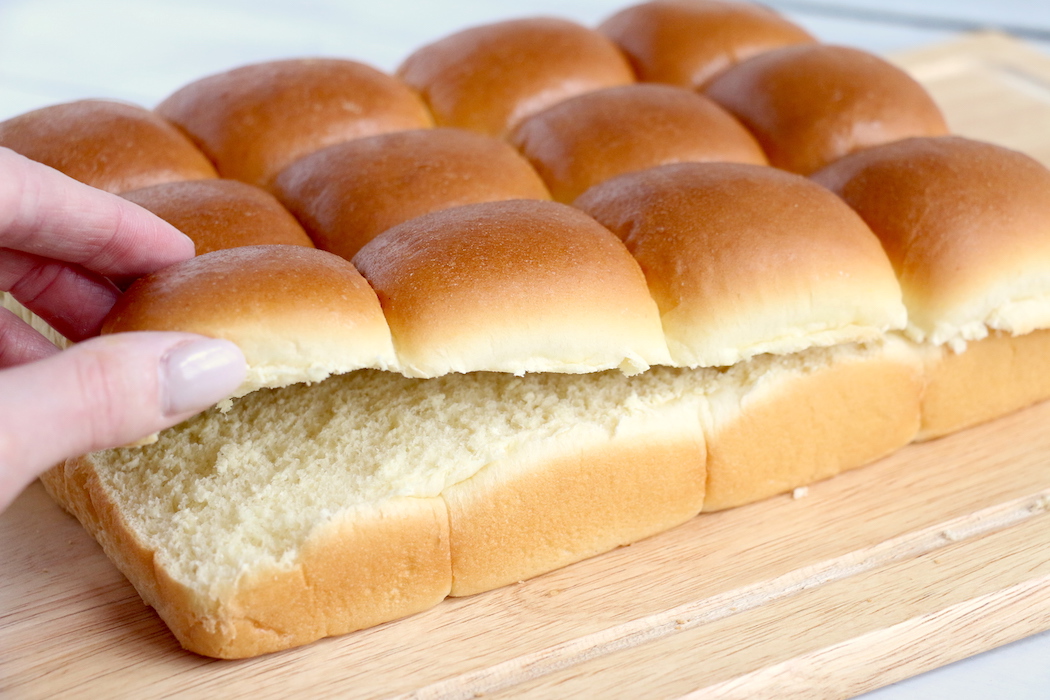 Melt the butter in a pan and mix in the mustard, Worcestershire sauce and sliced onions. Allow it all to simmer. 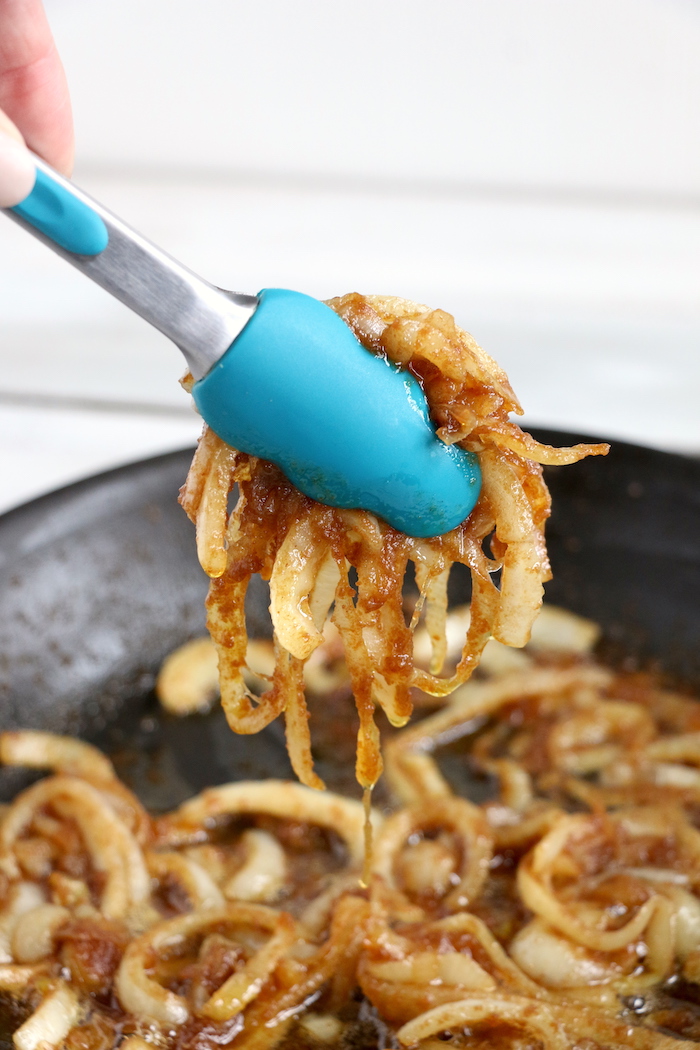 Continue to simmer until the onions start to caramelize. Now, if you’re not an onion fan, then just omit the onions – not a big deal. It’s okay. 😉
If I make these sandwiches for the kids, I usually leave the onions out because they don’t care for them. My husband and I love onions – so when it’s just us, we make sure to pile them on!
When your “sauce” is ready to go, you can begin layering your ingredients. Make sure to put the bottom layer of the rolls in a baking pan before you start the process. 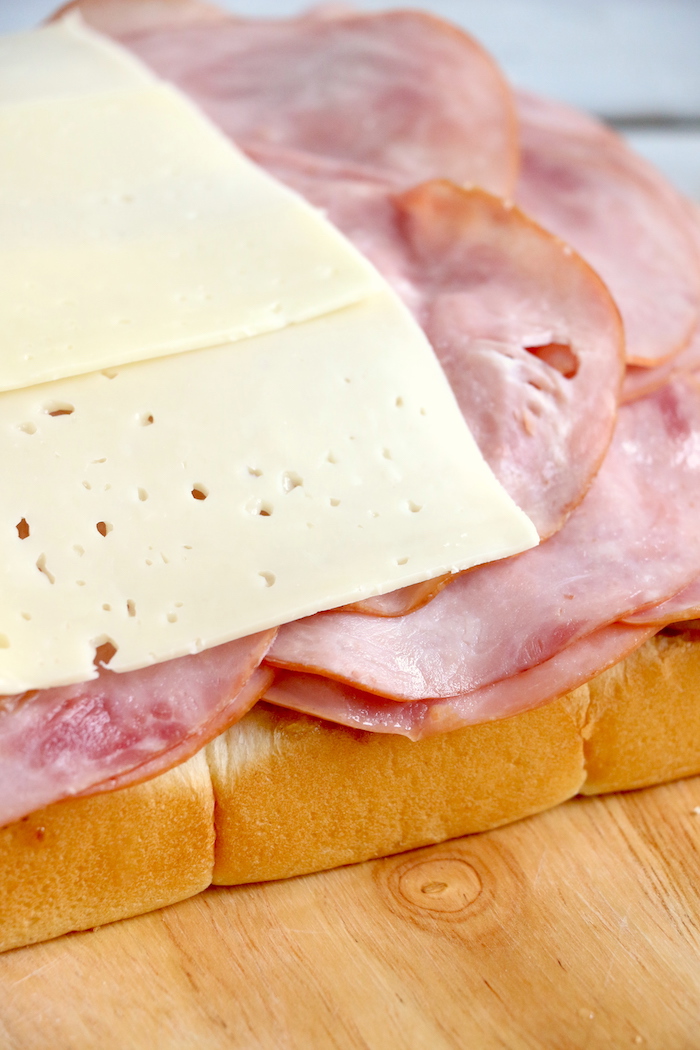 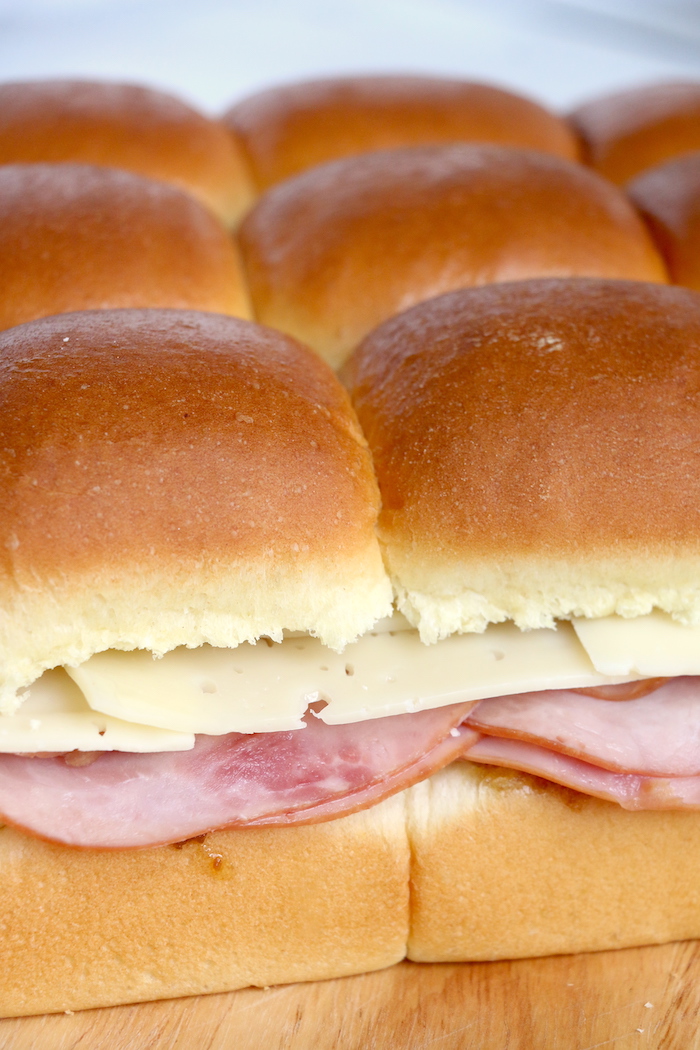 Now get your melted butter and brush it on top of the buns. 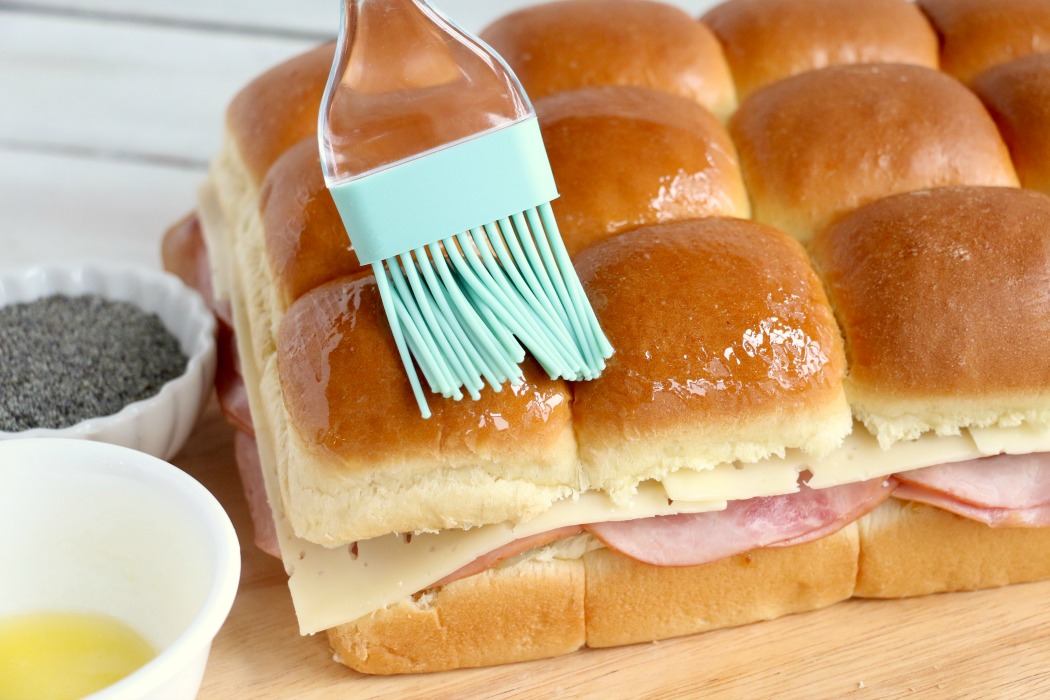 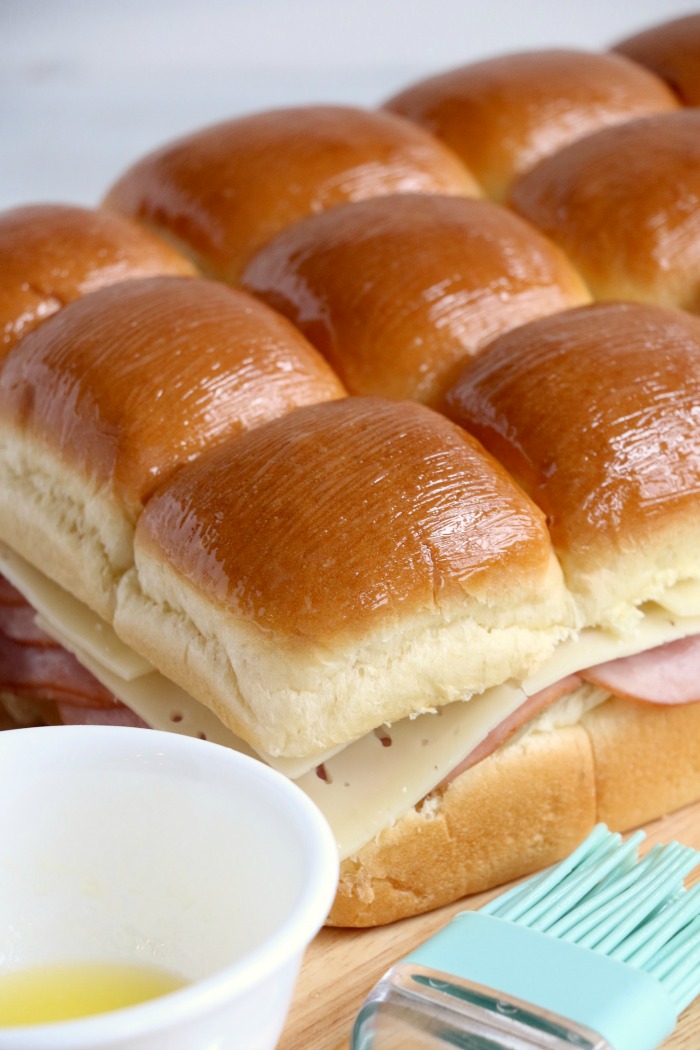 The last thing you’ll want to do before you place them in the oven, is sprinkle them with some poppy seeds. 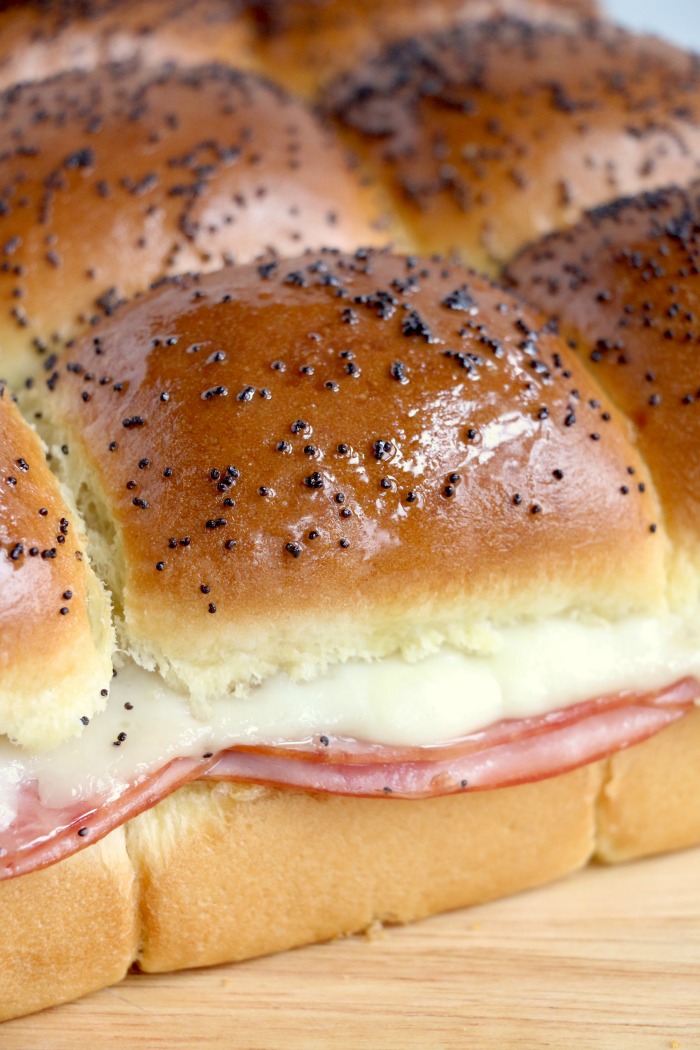 When they come out of the oven, the cheese is melty and the flavors are pretty incredible for such an easy recipe.
Go ahead and separate the rolls and let everyone dig in! 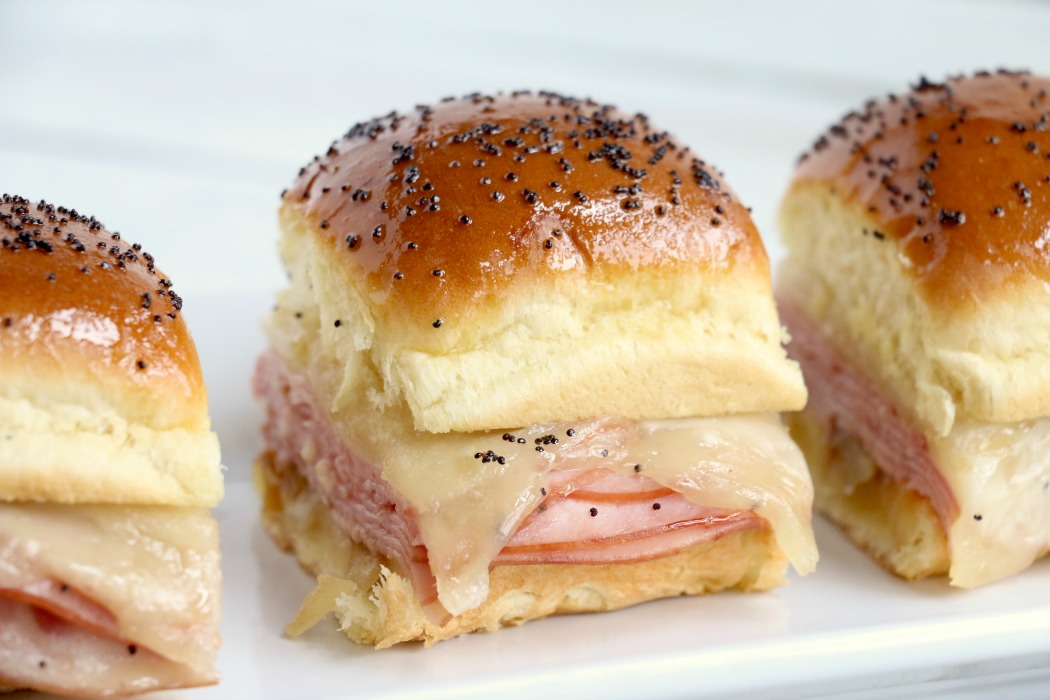 There’s a good chance these ham and cheese sliders will be gobbled up in no time. 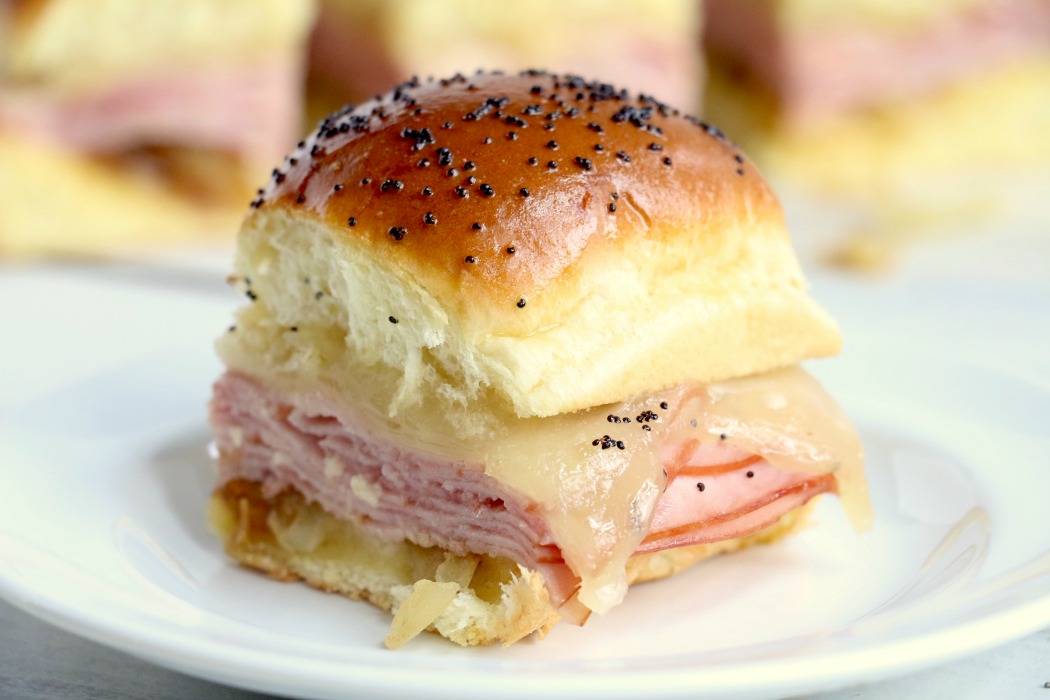 Go ahead – I bet you can’t eat just one! 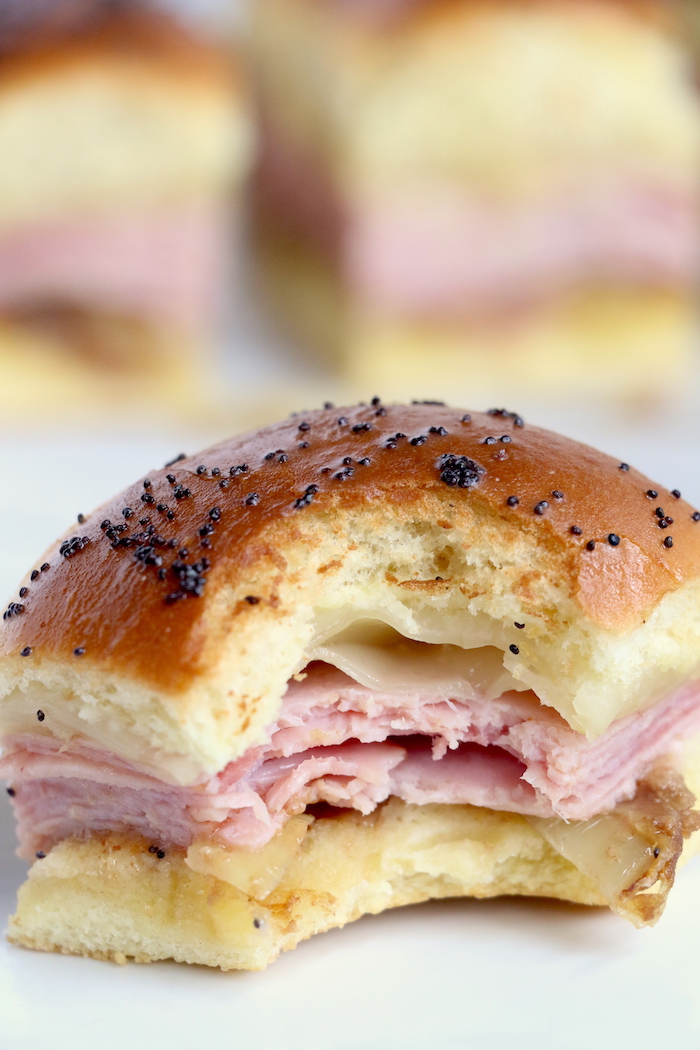 Enjoy, friends, and good luck with those Easter leftovers! 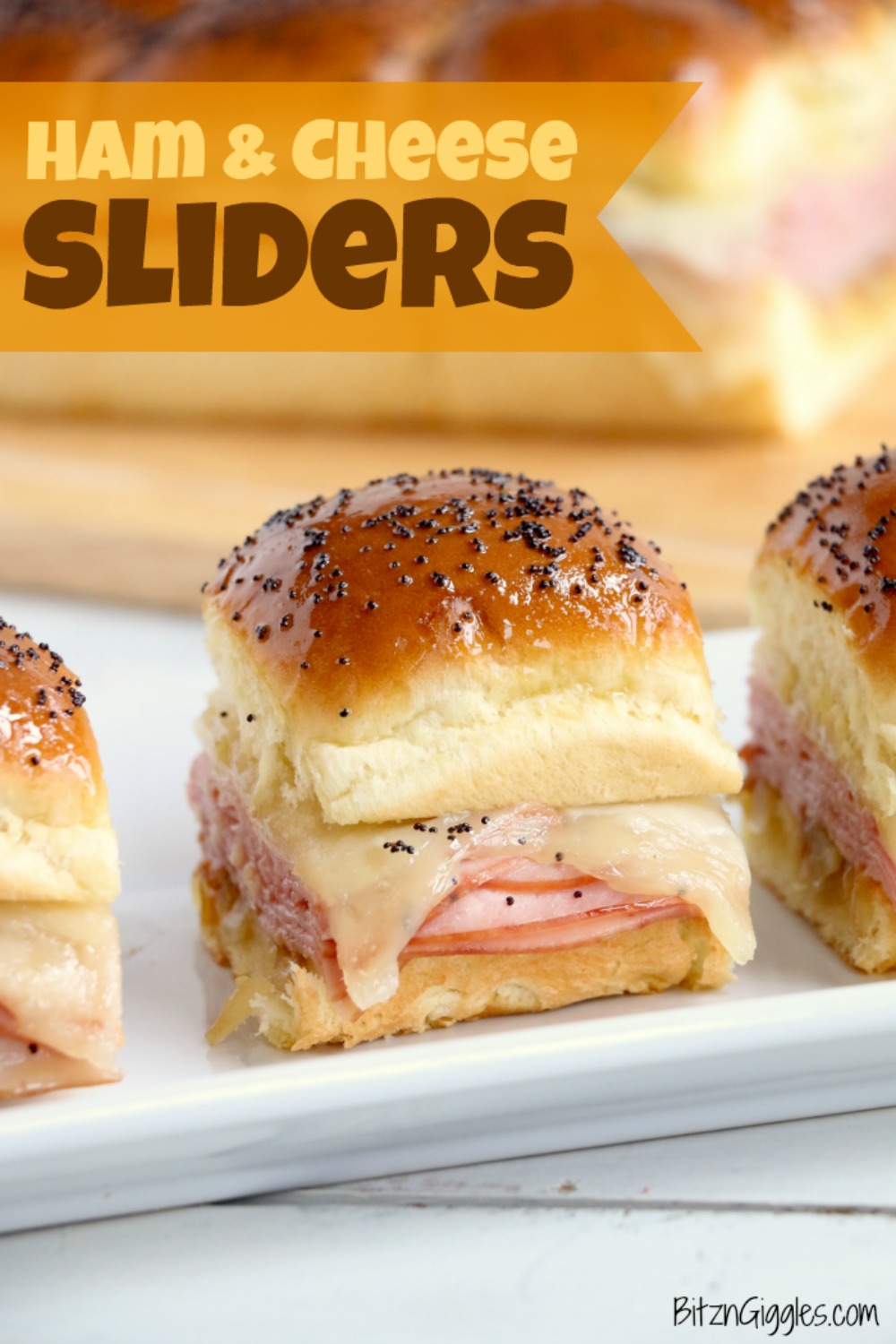 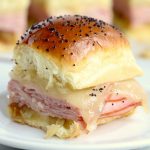 Hawaiian rolls filled with ham, cheese, onions and a delicious mustard sauce, then brushed with a butter. A great appetizer to feed a crowd!

Sweet red, white and blue! 🇺🇸 This light and

No-baking necessary for this amazing dessert! 😍

One of my favorites! 😍 This Air Fryer Sweet Pot

Store-bought? No way! You will fall in ❤️ wi

Summer calls for sensational salads! This quick an