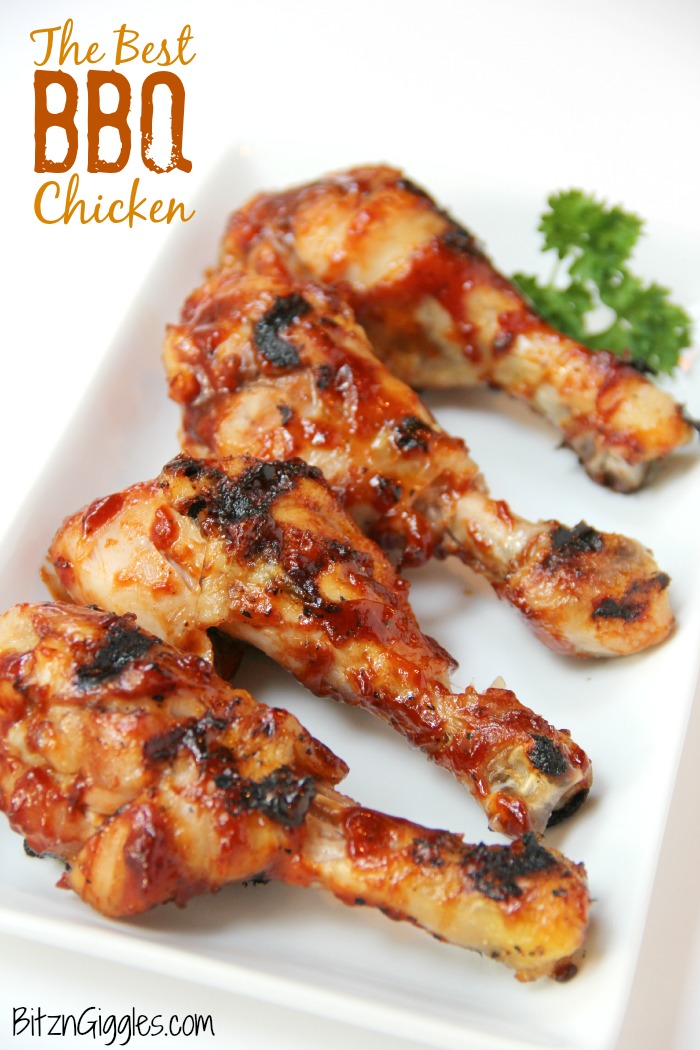 Today, let’s talk chicken. Not just any chicken. Let’s talk about THE BEST BBQ CHICKEN! Why is it the best? Well, you’d think the secret would be in the sauce, right? Not this time. No sir. The secret is in. . .the BRINE! Let me explain.

How many times have you gotten excited about throwing chicken drumsticks on the grill, lathering them up with that delicious BBQ sauce, timing everything just right so you didn’t overcook them. . .only to take the first bite and be so disappointed – they were dry, the meat was tough and the only real flavor you could taste was from the BBQ sauce that covered the skin. You’ve been there, right? Those meals when you eat your chicken with the bottle of sauce right next to your plate on the table.

Today, I’m going to show you how to really tenderize the meat around those thick drumsticks and break down the tough muscle that stands between you and BBQ chicken bliss. That’s a thing? Yes, that’s a thing.

The “secret” brine is made of simple ingredients: water, salt, sugar and apple cider vinegar. You bring all of the ingredients to a boil, remove from heat, add some ice cubes until the brine reaches room temperature, add your chicken and refrigerate for 4-24 hours. The brine helps to flavor and tenderize the meat producing some of the best tasting chicken, EVER. 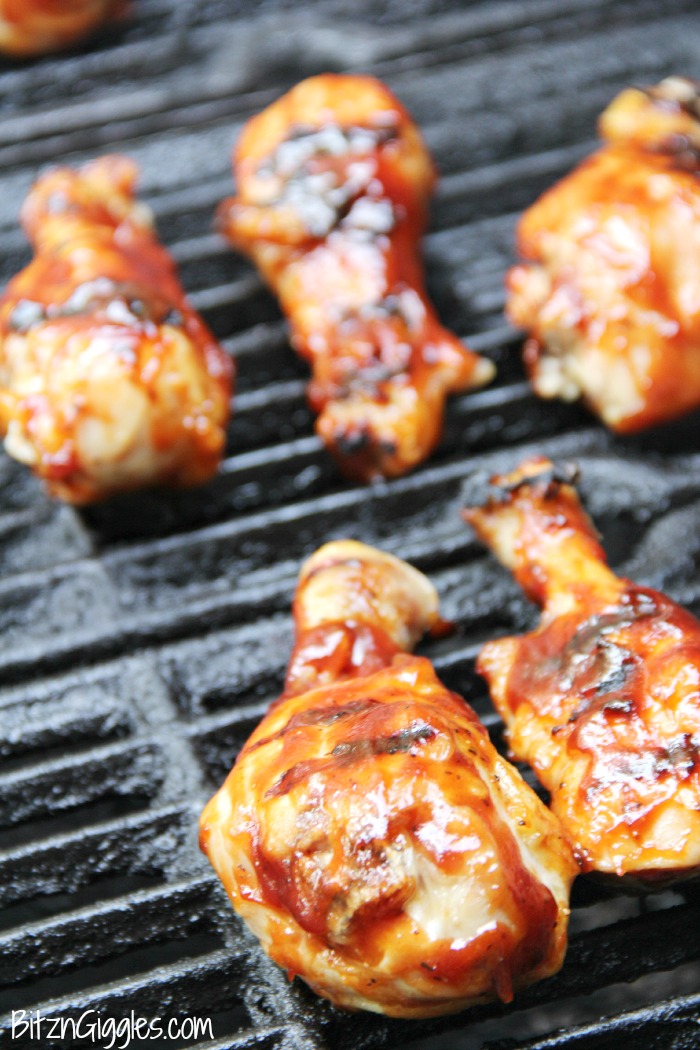 After removing the chicken from the brine, you pepper it and bake it in a 400 degree preheated oven for about 40 minutes. When it comes out of the oven, you slather your favorite BBQ sauce all over those pretty legs and then toss them onto a well-oiled grill.

I know what you’re thinking. Good grief, does this woman ever clean her grill? The answer is, “No.” The grill isn’t really my department. Josh does all of the grilling so he is in charge of its upkeep. If you ask him, the char adds flavor {rolling my eyes}.

I hate to break it to him, but it’s the not the grill grates adding flavor to this chicken. It’s the brine. The secret is in the brine. I’m telling you, friends. The brine is the ticket. Now run to the store and get some drumsticks! 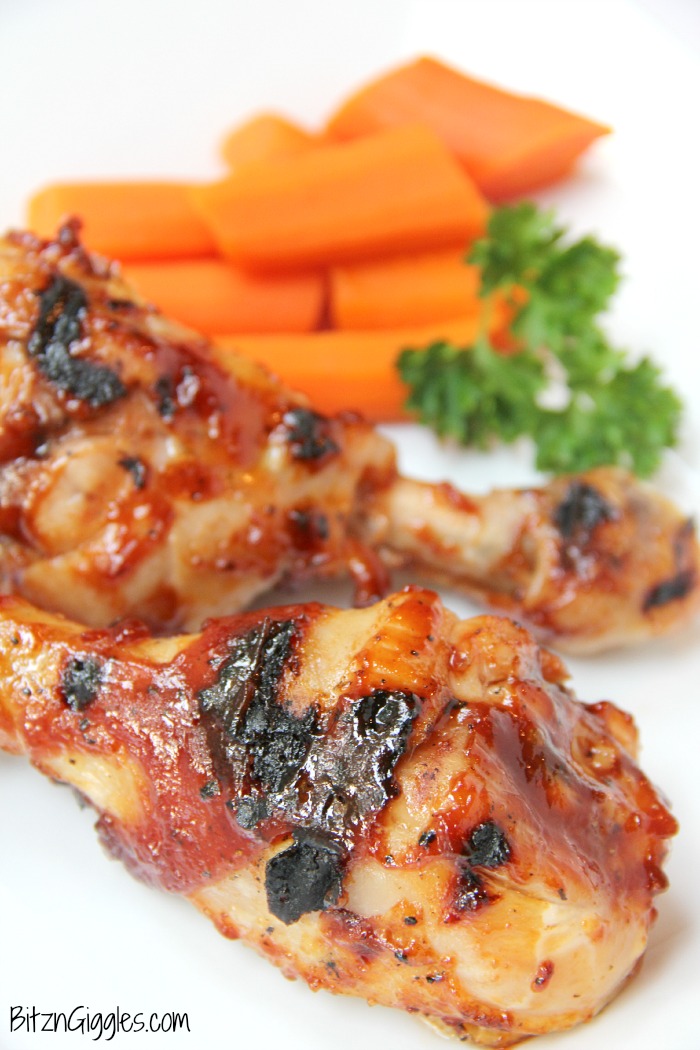 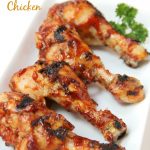 A special brine is the secret to this grilled BBQ chicken. It will produce the most flavorful and moist chicken you’ve ever tasted!