Cinnamon Roll Casserole – This cinnamon roll casserole is the ultimate brunch dish and comes together with minimal effort using store-bought rolls. It’s perfect for the holiday season or any time you’re craving some sweetness in the morning! 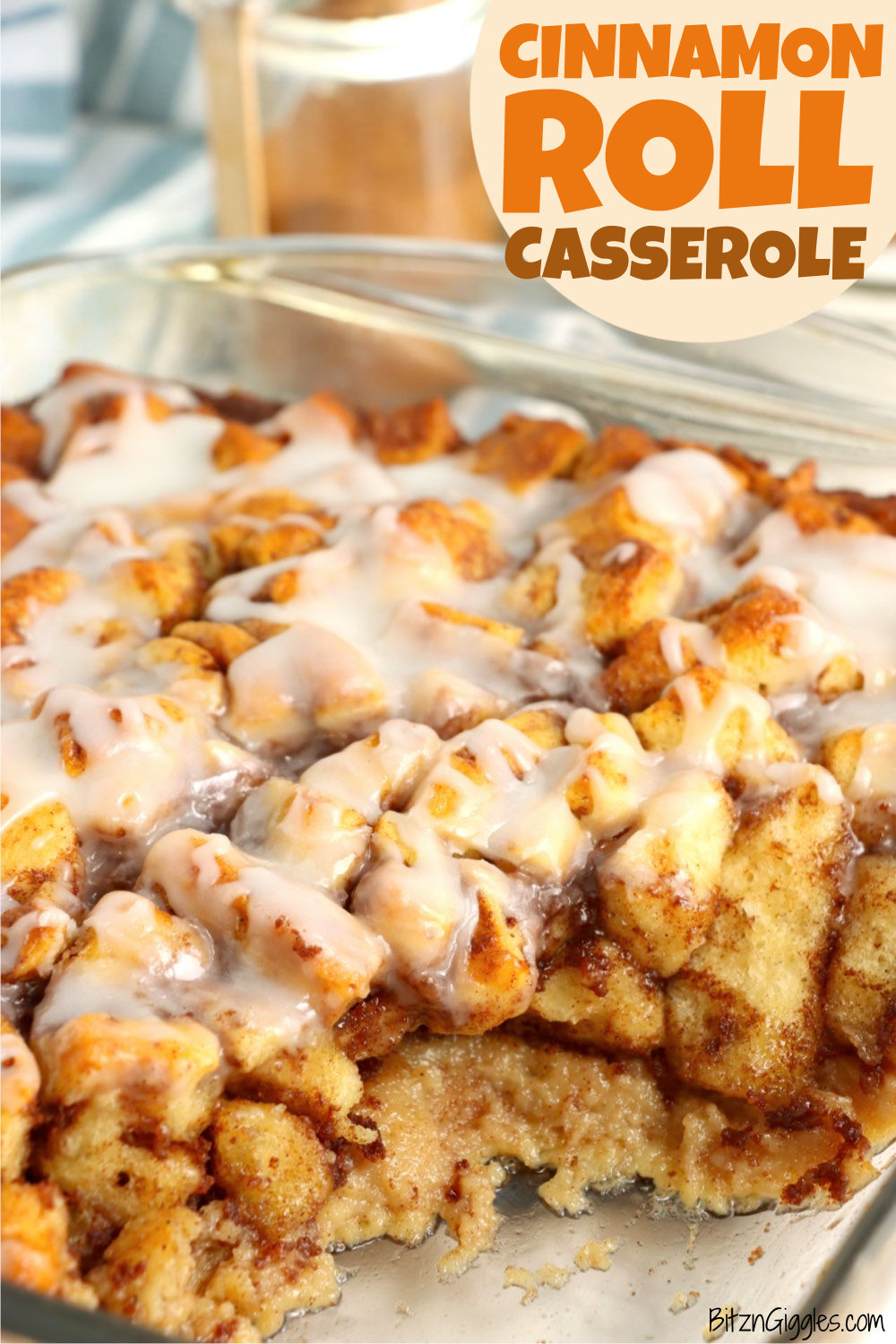 Cinnamon rolls are a delicious breakfast treat, but making them from scratch can be quite the hassle! This hassle-free casserole recipe uses store-bought refrigerated rolls and is the perfect way to avoid the extra work and still please the entire family with a delicious breakfast or brunch.

Not only does this casserole taste absolutely amazing, but it makes the house smell deliciously good!

HOW TO MAKE CINNAMON ROLL CASSEROLE

Before you get started, make sure you have the following ingredients:

Once you’ve gathered all your ingredients, preheat the oven to 350ºF, prepare an 8×8 baking dish by spraying it with cooking spray, and then follow the steps below for a great breakfast casserole. 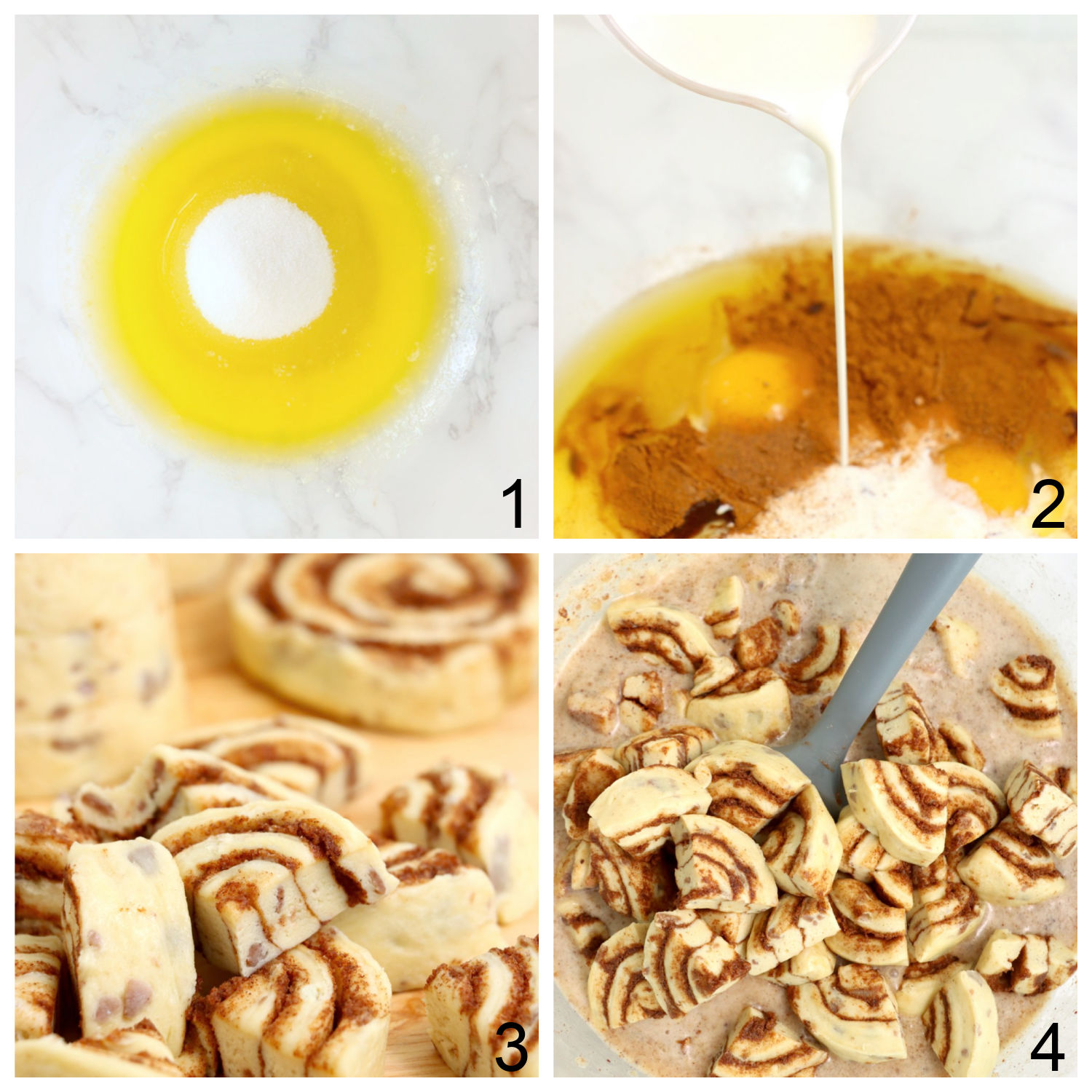 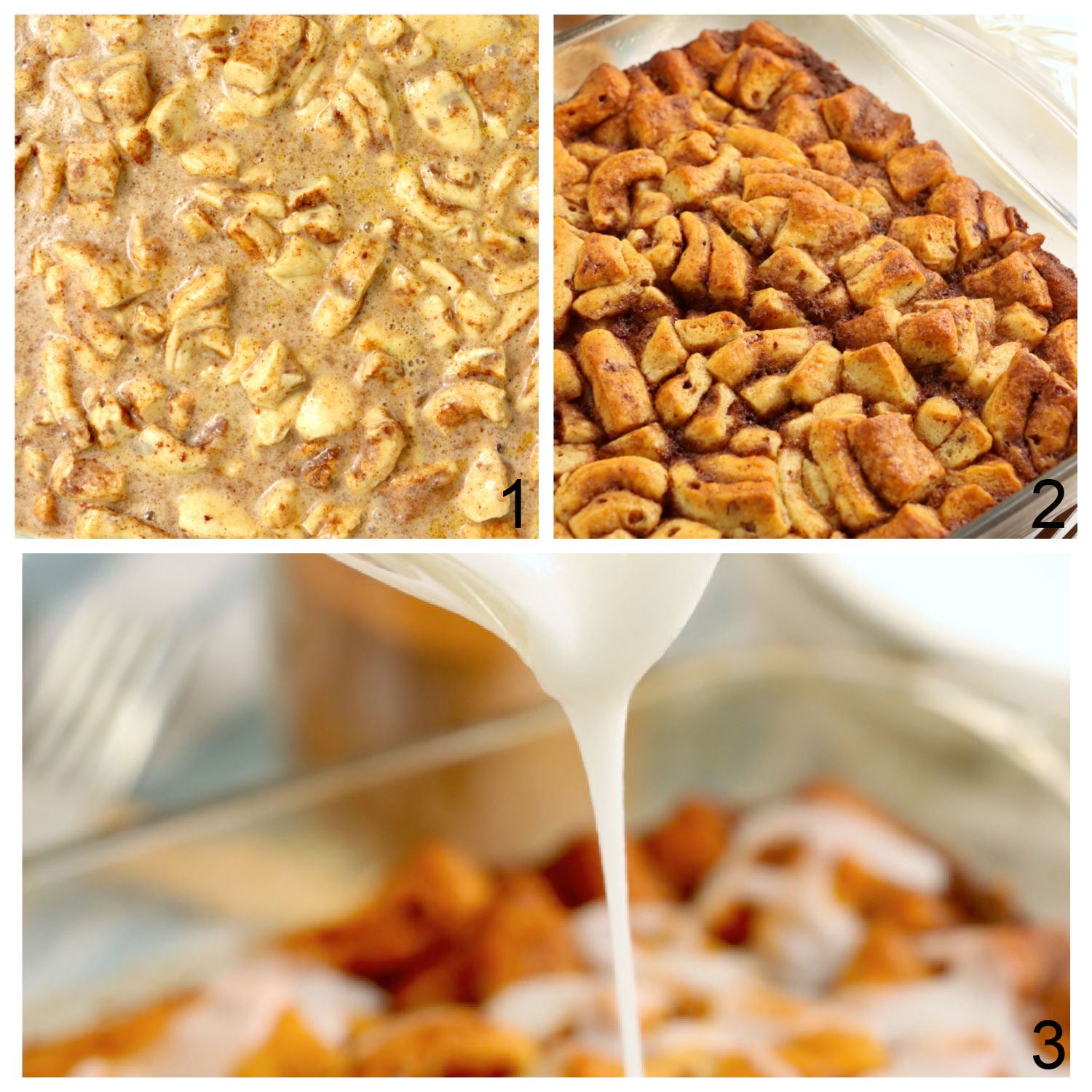 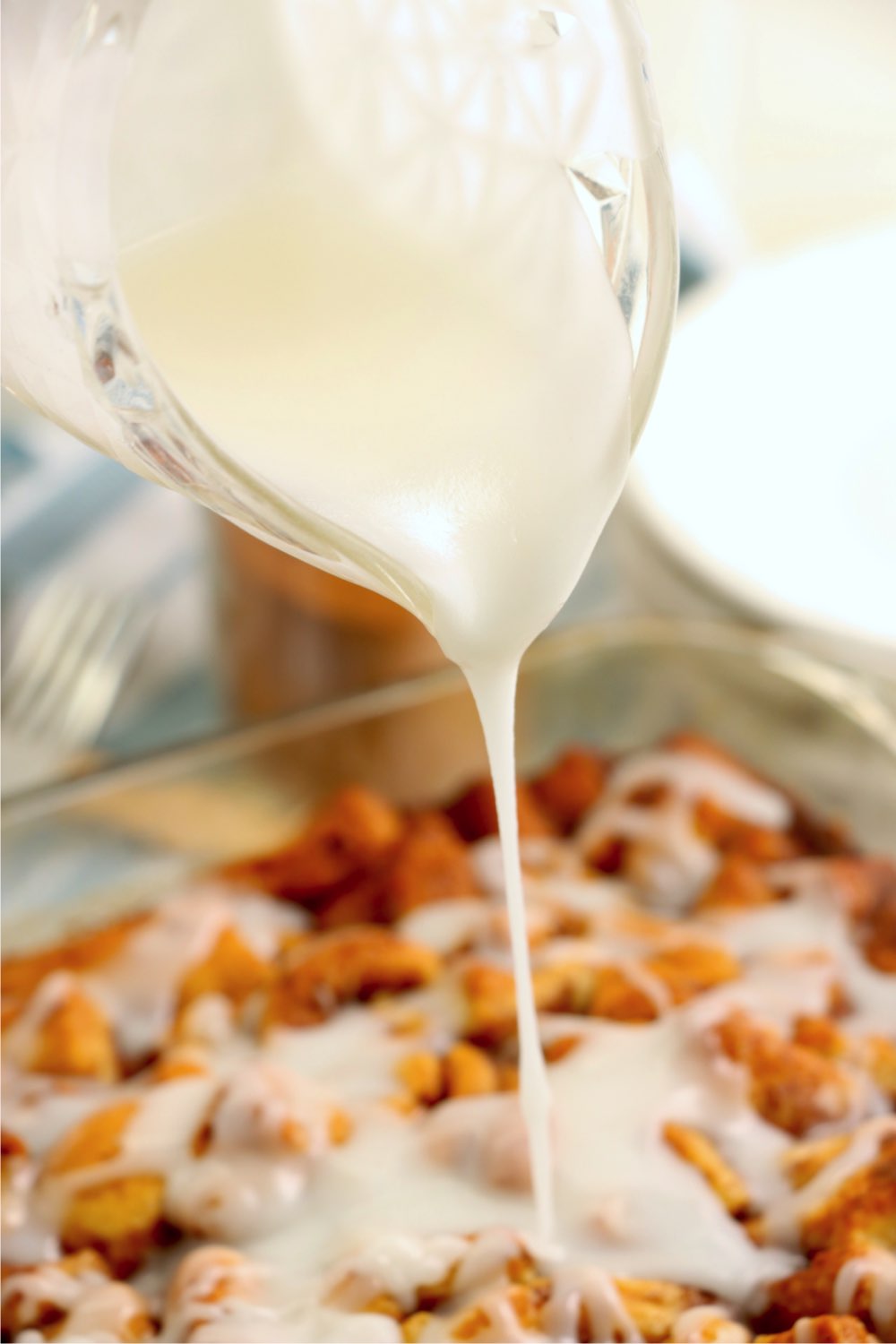 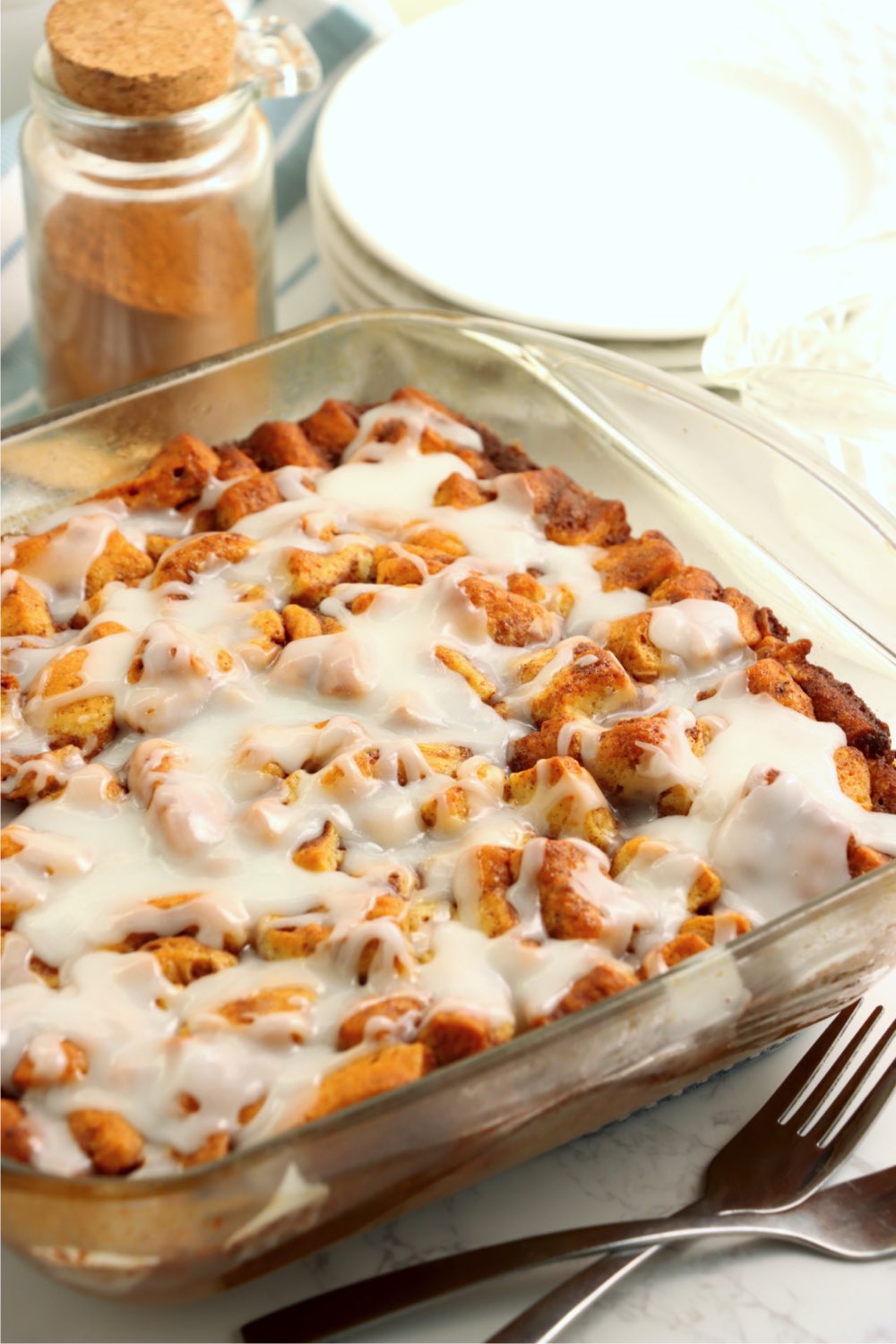 WHAT OTHER TOPPINGS COULD I ADD TO THE CINNAMON ROLLS?

There are so many great ways to change up this recipe!

Try topping the casserole with chopped nuts such as pecans or add some sprinkles, chocolate chips or even bacon for a more savory taste! 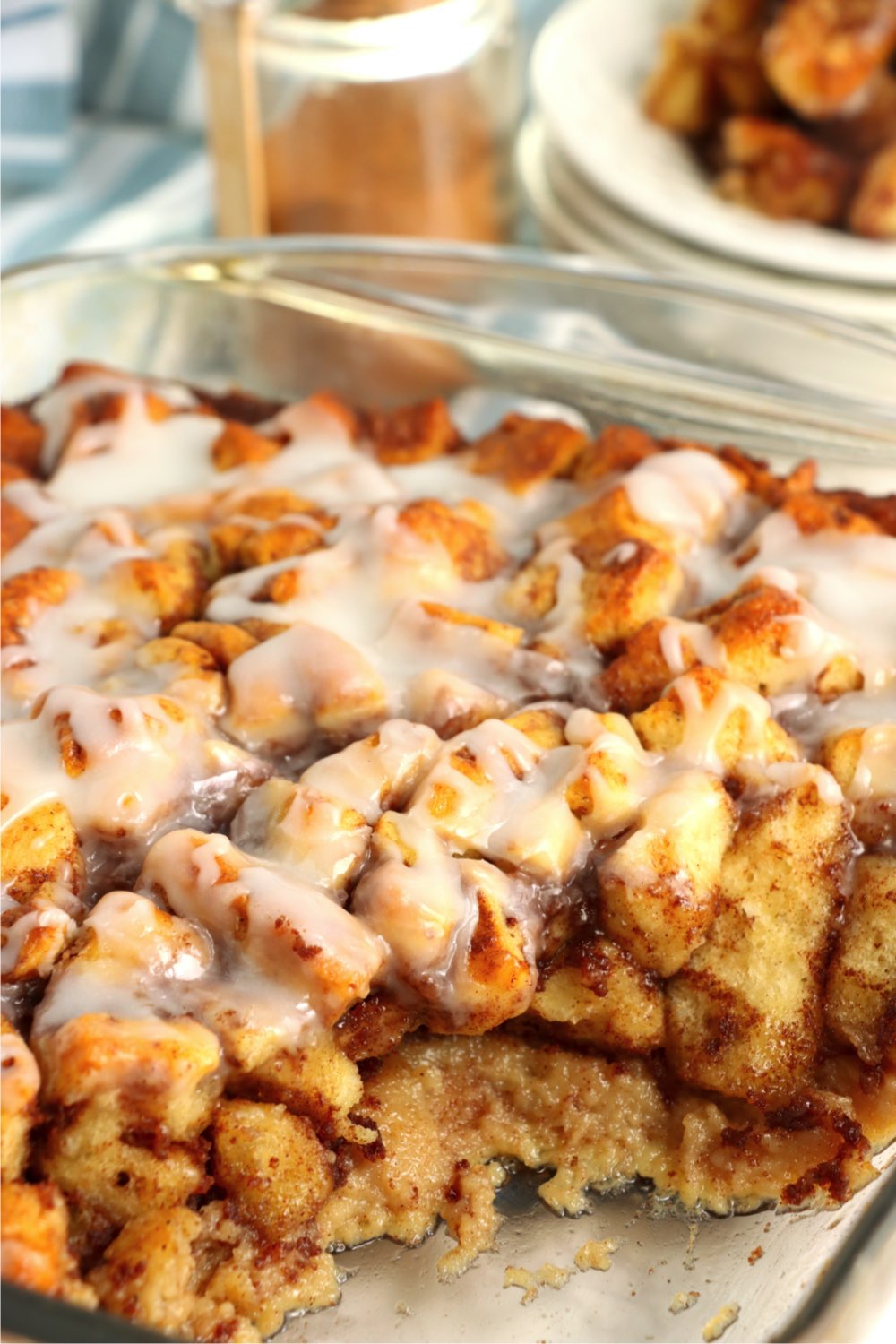 WHAT CAN I SERVE ALONG WITH THIS SWEET CASSEROLE?

An assortment of fresh fruit, yogurt, breakfast sausage or bacon and eggs are perfect complements to this cinnamon roll casserole! 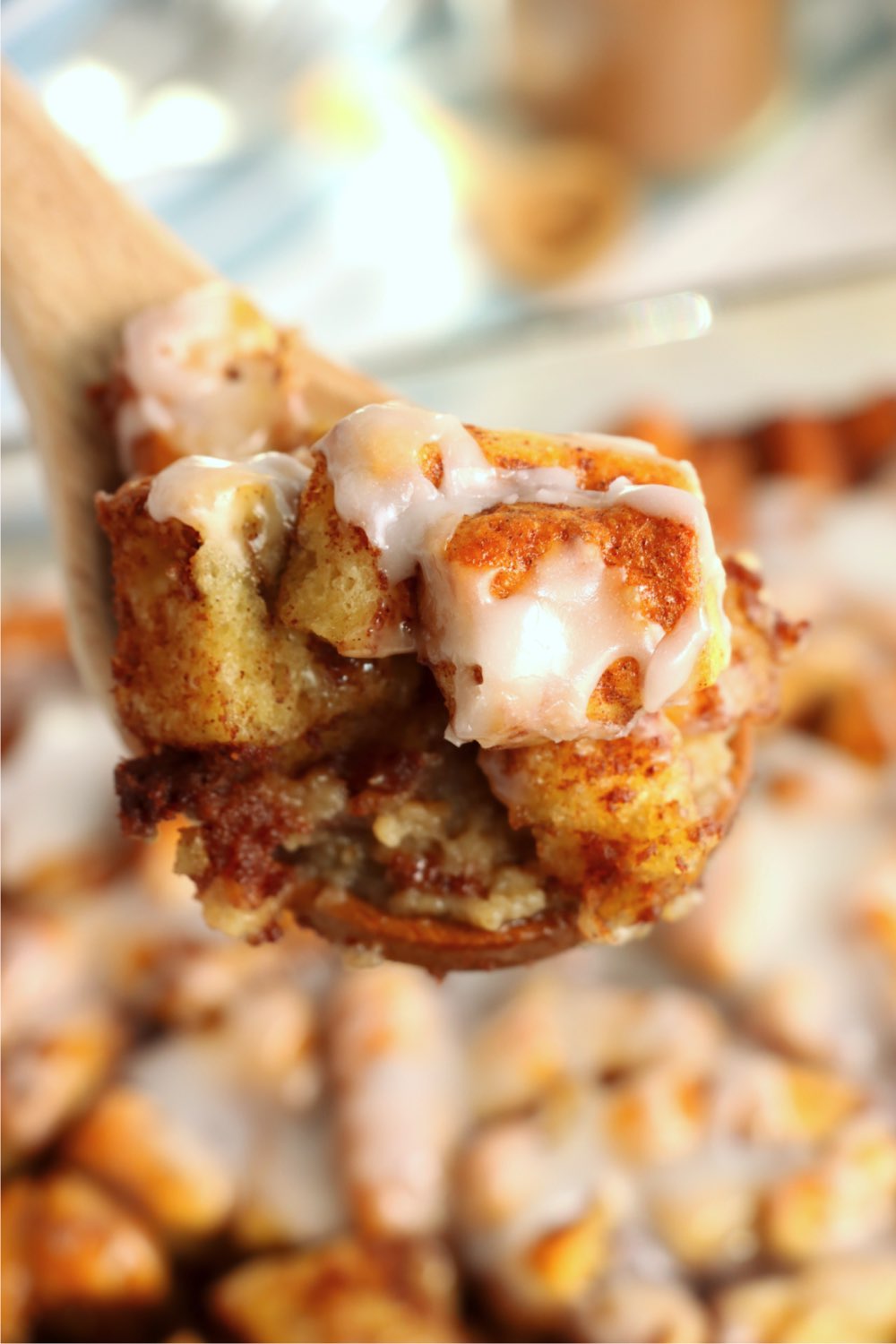 HOW TO STORE CINNAMON ROLL CASSEROLE

This casserole can be stored in an airtight container in the fridge for up to 3-4 days. To reheat, bake at 350ºF for 10 to 15 minutes or until warmed throughout. 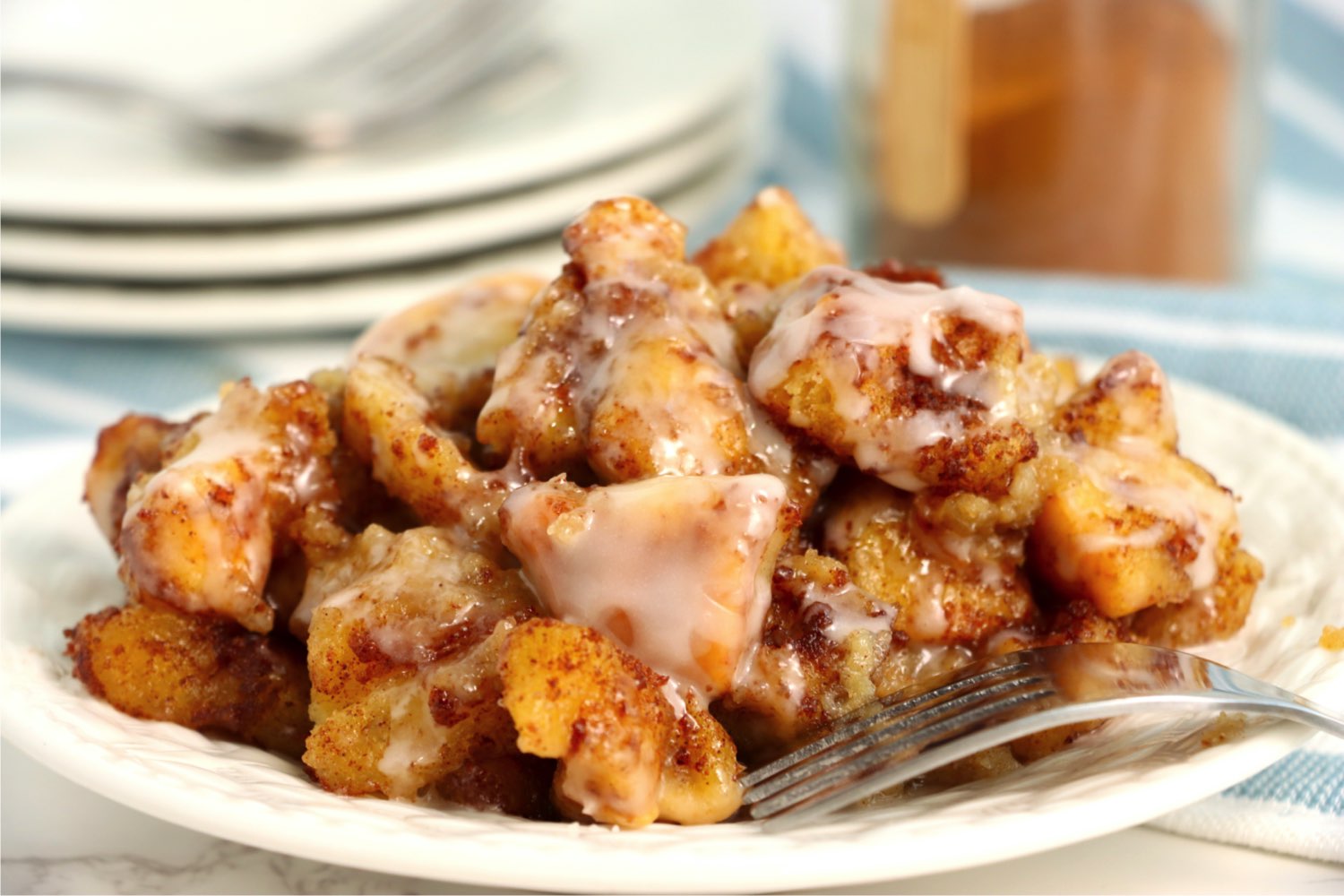 CAN I FREEZE CINNAMON ROLL CASSEROLE?

Yes, you can freeze this casserole! After baking, allow the cinnamon roll casserole to cool to room temperature and do not add the icing.

Wrap the casserole in foil or plastic wrap, place in an airtight container and freeze for up to 3 months.

When ready to prepare, defrost overnight in the refrigerator and then follow baking instructions. Drizzle the icing over the casserole when ready to eat. Then, enjoy! 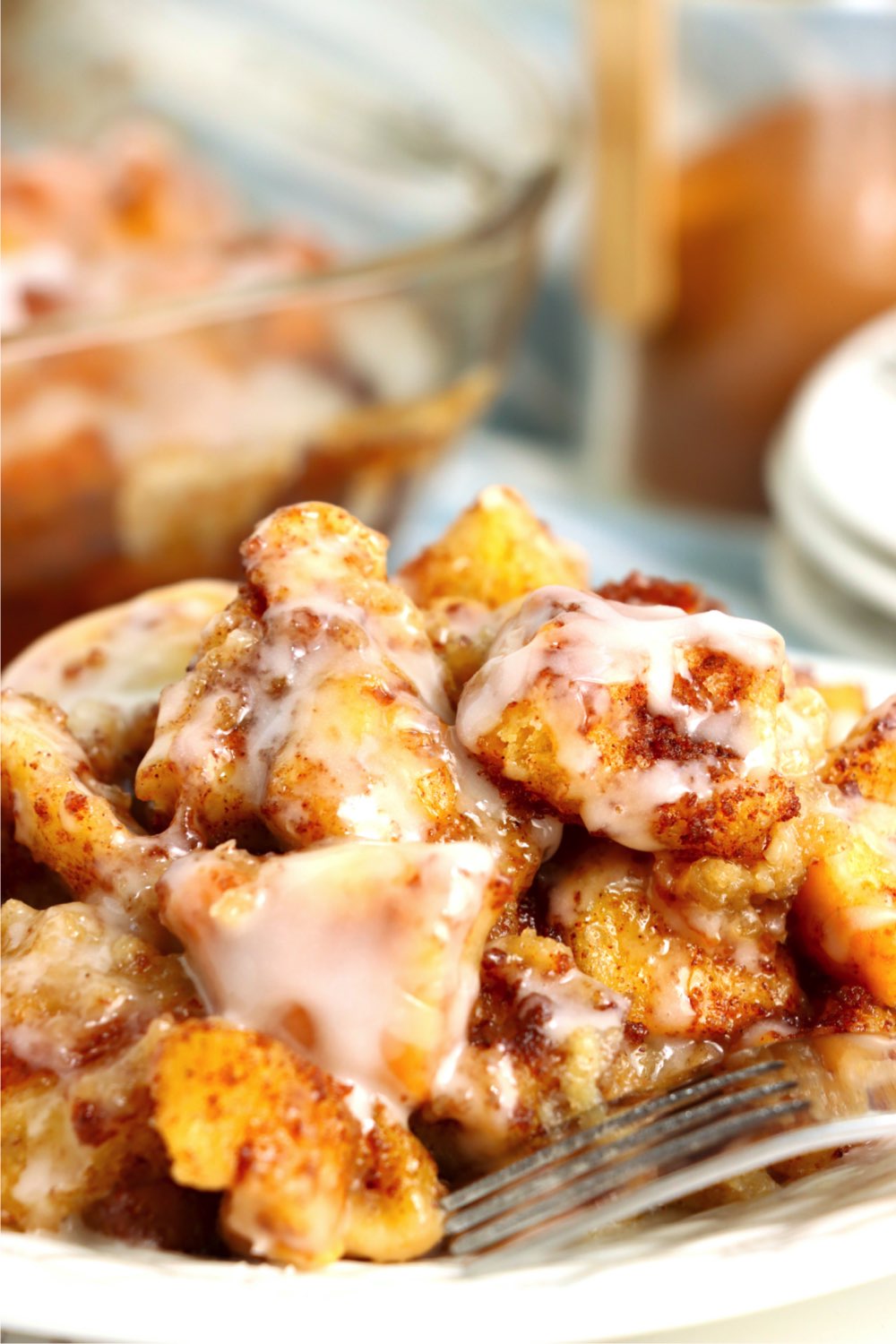 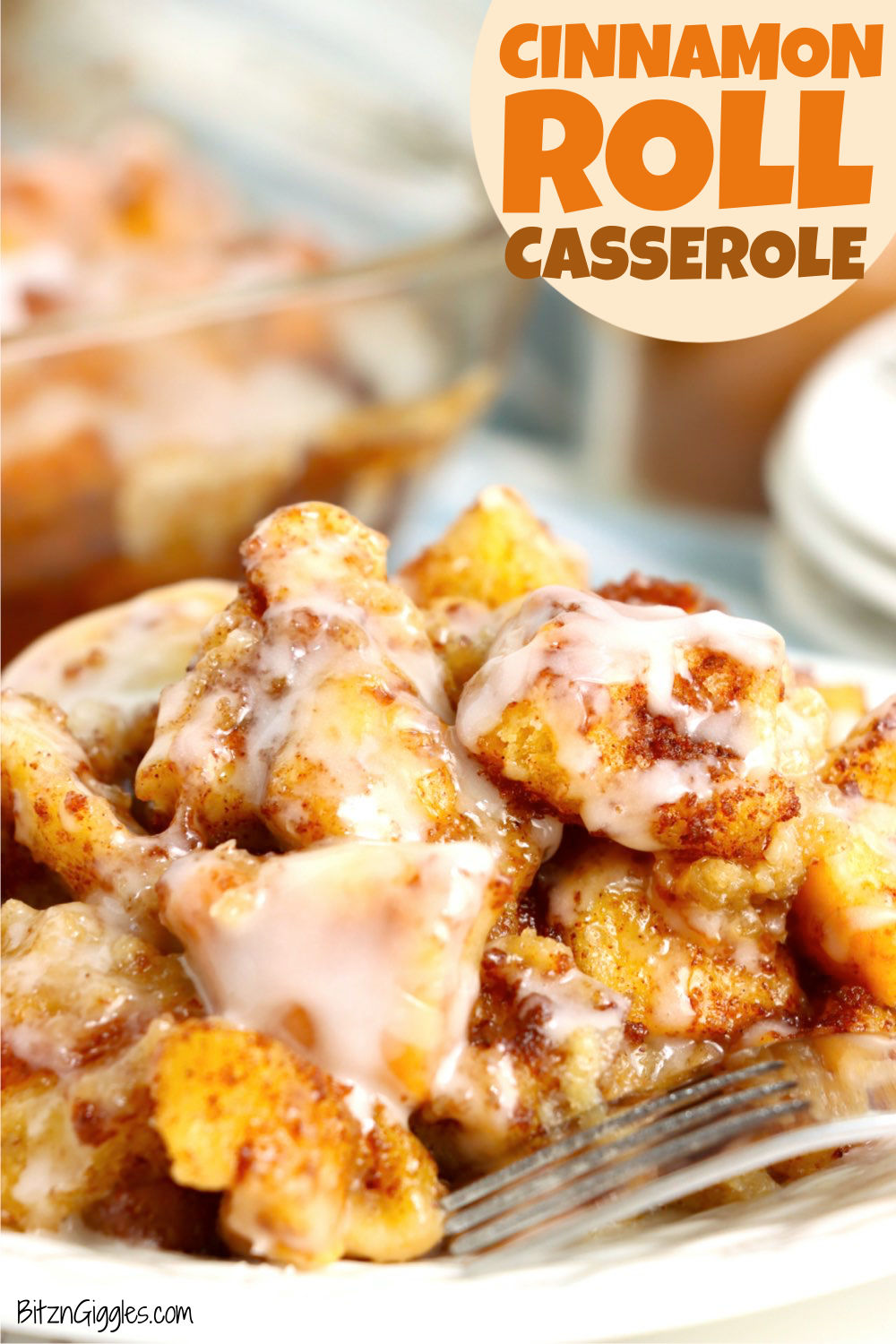 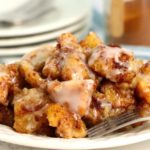 This cinnamon roll casserole is the ultimate brunch dish and comes together with minimal effort using store-bought rolls.